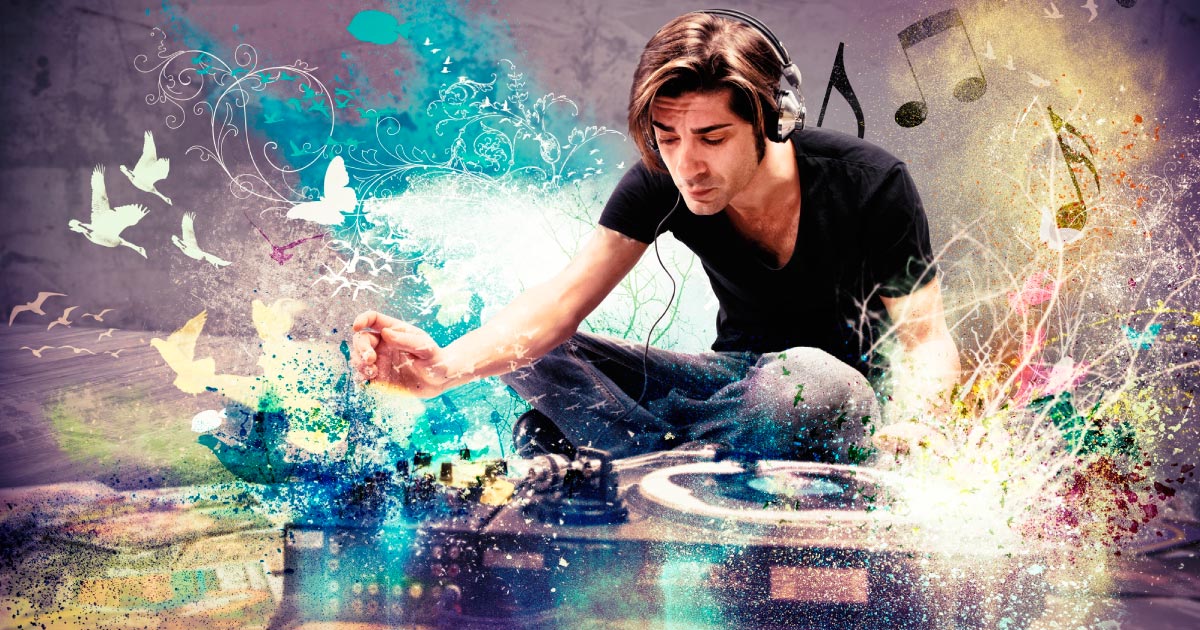 How to Set the Mood with Background Music for Video

All movies should have a soundtrack, and you need these tips to set the right mood with background music for video. We're talking ambiance here.

All movies should have a soundtrack, and you need these tips to set the right mood with background music for video. We're talking ambiance here.

Here's a quick challenge that will help you understand why you need background music for video. Take your favorite action movie or emotional film scene (in my case, I tried the opening sequence of Star Wars: A New Hope). Mute the sound and play the Barney the Dinosaur Theme Song. Weird, right? Not exactly the original intent of the film. It makes you kind of giggle a little, doesn't it?

Now try the same and exchange the Barney song with Richard Wagner's Flight of the Valkeries. How did that go? Did your heart rate go up? How did you feel?

Music first set the mood for films over 100 years ago with the silent film era. The filmmakers would record the film, and it was up to the theater to provide a piano score or an orchestra to accompany the film.

Today, you wouldn't dream of producing a film without some sort of soundtrack unless you wanted to emulate the style of old silent movies. And, whether you're a professional filmmaker or an amateur just starting out on YouTube, you want to have the best background music for video to fit its particular mood.

Here is a short set of ideas you need to consider when attempting to set the mood for your video with background music.

Background Music for Video Tip 1: Take Stock of the Role

Music plays a very specific role in filmmaking. Think about your favorite films.

I'm going to pick Star Wars as my example. Disney recently re-booted the series and audiences saw that iconic title crawl across the big screen for the first time in over twenty years.

That opening score by John Williams evokes a sense of awe, excitement, and adventure only fitting for the opening of a massive and epic story. What was the role of Williams's score? To set the scale of the film, perhaps? Give the audience of sense that what they are about to witness will be beyond imagining?

Are you setting a somber mood that sets your audience up to think about the deep meaning of life? Are you wanting your film to be light hearted? Are you preparing your audience for a laugh or for some sort of irony?

Perhaps you will use various kinds of background music. If you are telling a story, one part of the video might be fast paced and action packed. You might need some suspenseful music. Another part of your video might require something hopeful, perhaps creating a new dawn or a great revelation.

Map it out. Where do you want your audience to feel certain things? How quickly do you want to change moods across your video?

Now that you know exactly where you want to lead your audience, how are you going to begin and end your film?

A great intro and a great outro will really draw an audience in and make them come back wanting more. A great score at the outset of your video and at the end, (something that is either similar or parallel) will set the tone, hold the message or story together, and leave your audience with a sense of accomplishment.

And not only should you consider the beginning and end of the film, but you can also use music to divide your film into chapters and sequences.

This doesn't necessarily mean you need to change the music every time a new scene appears in your video. Sometimes a mere change in volume will set the scene and prepare your audience for a change in mood and setting.

Emulating the greats is the best form of flattery. You may not be able to borrow an exact film score or song from your favorite scenes from different films. But your brain does this amazing thing when it hears music or reads something. It compares it to various other things it has seen or heard.

This is called pattern recognition and you can use it to your advantage. If you saw how a certain song set the mood for a scene in another video or movie, find something similar and drop it in your video.

There are plenty of royalty-free music sites that organize their music by genre, mood, style, or instrumentation. And they generally allow you to sample the music before you purchase it.

This enables you to listen, compare, and decide whether that particular track fits the mood you're trying to create.

Background Music for Video Tip 4: Who?

Who is going to watch your film? Or, more simply put, who is your audience?

Are you creating a video about computer gaming? Will your audience recognize your old midi file retro Atari theme music? Will it bring them to a place of nostalgia like you're hoping it does?

What about something set in the 80's? Is your audience a set of Gen Xers who would remember synth rock and hair metal?

The wrong music for the wrong audience will create a sense of mental dissonance you don't want. Unless your actual goal, for some artistic reason, is to create mental dissonance, you want to do some research on who your target audience is.

Setting the mood for your film can be tricky and seem subjective at times. Don't rely solely on your own judgment when selecting background music for your video unless you have years of experience in the business.

Create a rough cut of your video with different music overlayed. Find people who would be willing to listen to your score and watch your film. And ask them to evaluate the film and the background music you chose.

With large royalty-free music databases at your fingertips, you are going to have no trouble finding the perfect score to set the mood in your video project.

Sometimes you just need a ranged selection of stock music or stock audio that fits exactly inside of your frame of reference.

Start producing and set the mood for you audience today.